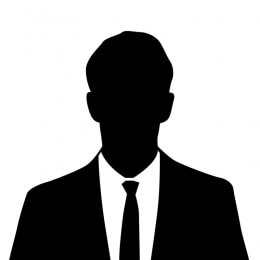 A practicing solicitor with 20 years experience in criminal litigation with experience of a wide range of cases which has included serious offences of fraud, money laundering, confiscation as well as general crime to include serious organised crime involving offences of murder, conspiracy to supply drugs and armed robbery.

For the cases, at the crown court I have prepared matters and instructed both leading and junior counsel. For complex matters, I have instructed a variety of experts including forensic accountants, financial investigators, telephone & cell site analysts as well as medical experts.

I have been responsible for trainee solicitors and mentored newly qualified solicitors. In addition, I am a qualified supervisor to oversee the Criminal Legal Aid contract which involves compliance issues with Legal Aid Agency and Solicitors Regulations Authority.

The famous Duracell name in an elaborate scam to sell international rights to a non-existent energy drink.

Also on the trial was a Bradford criminal solicitor who allegedly “nobbled” witnesses and was filmed handing over money to buy their silence.

Not Guilty For Murder

I would have no hesitation in recommending GQS Solicitors to my family and friends. A proven track record in serious crime, “they successfully defended my mate G.R and he was acquitted of Murder

Aquitted of Kidnap, Possesion of Firearm

I was charged with serious offences of Kidnap, Firearms and was at risk of receiving a lengthy prion sentence. Thanks to the hard work GQS put into my case, I was found not guilty.

I would like to say a massive thank you for representation at the Crown Court. I was found not guilty after trial. Brilliant Team !!

I was found not guilty of a shooting I did not commit. Thank you GQS for all your hard work from me and my family.

Good Represenation at the Police Station

I was represented at the police station, thanks for the proper advise, no further action was taken against me.

My husband was expecting to go to prison for a Fraud offence, against all the odds the Judge went outside the sentencing guidelines and was gave him a suspended sentence. Thanks to the support and advice from GQS we can now carry on living with our lives.